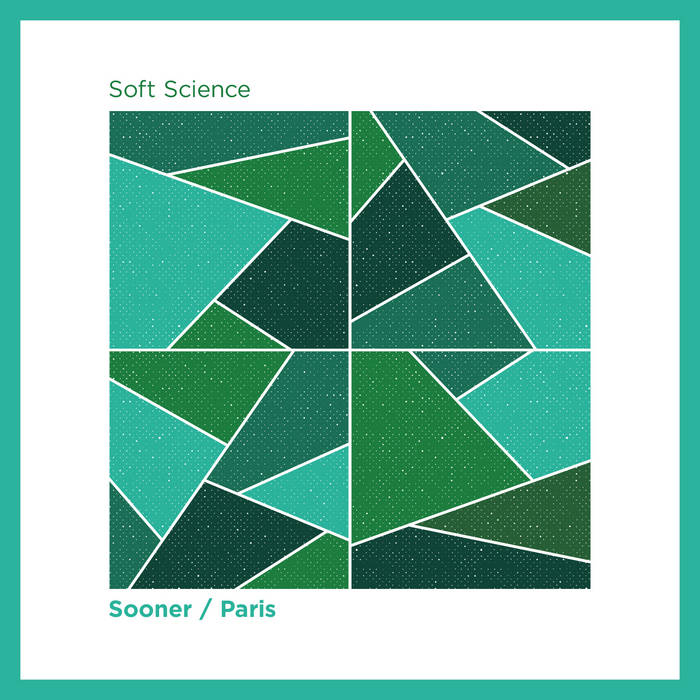 Soft Science is back with a double sided single. The first song, 'Sooner', is the second single from their upcoming album 'Maps' to be released in early June via Test Pattern Records. The B-side is a wistful-blue cover of Northern Picture Library’s (NPL) 1994 track ‘Paris.” This single evokes emotion as the band pulls from influences like Pale Saints and Catherine Wheel on 'Sooner' and presents a thoughtful, heart-wrenching tribute to NPL on ‘Paris.

"Sometimes lyrics are like therapy – Sooner is one of those songs”, explains Soft Science vocalist Katie Haley. “The lyrics for Sooner are an expression of how difficult it is to continue to push yourself in this crazy hectic world we live in. Sometimes, I feel like I loose myself in the barrage of daily news, the push and pull of work, and family obligations – it can all feel overwhelming to the point where I feel lost. Dealing with those feelings was the inspiration for this song.”

The B-side was originally recorded for the Sarah Records tribute compilation ‘Popkiss, TBTCI meets Sarah Records', in limited released via The Blog Celebrates Itself Records, the track has been remastered and, for the first time, is available in wider digital distribution.

Bandcamp Daily  your guide to the world of Bandcamp

cktrl talks about heartbreak and his new record 'Robyn'